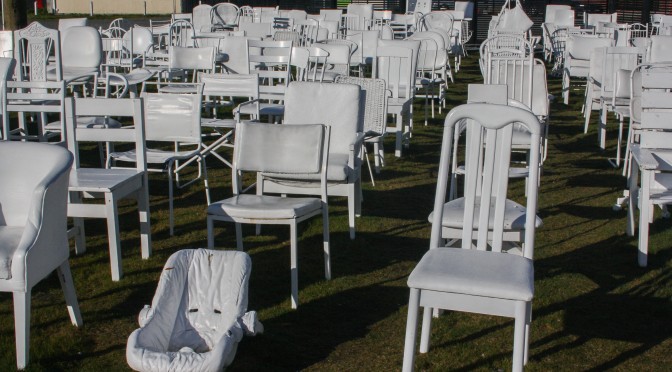 The last time I had been in Christchurch was in October 2006 and I was curious to see how the city had changed after the earthquake in 2011. Long story short, it had. Tremendously.

Even over three years after the disastrous earthquake, the remains of what constituted the city of Christchurch are still being demolished and/ or rebuilt. I had never previously seen a somewhat recent earthquake site – or any earthquake site at all – and was shocked how visible it still was. Much of it looks like a war zone. Given New Zealand is among the richest countries in the world and received immediate help from all around the globe, the size of the destruction must have been enormous. Much of the CBD is still in ruins and walking around feels like you’re in a ghost town. Barely anyone is on the street, except for the odd tourist – and workers in their neon shirts. Nevertheless, Christchurch is being rebuilt, new homes and offices are being erected. For me, the most interesting part, were the many ways artists found to interpret the “New Christchurch”. Buildings to be demolished are sprayed/ painted, there are murals in nearly every street and despite the CBD feeling deserted, there is an underlying vibe of what can and most hopefully will become of Christchurch over the next couple of years. The most touching (and actually quite intense) of those murals I found to be 185 empty white chairs opposite the CTV building, in which 115 people died. Each chair is different – from rocking chair to office chair to armchair to stools and, most touching of all, a baby crib. It really makes you understand that it were 185 individual persons of all ages and backgrounds whose lives were sadly taken in the earthquake. Much brighter did my moods get at Re:Start Mall. There are stores, a café and even a bank – all housed within brightly painted shipping containers, giving a first impression of what the “New Christchurch” may one day be and also giving an insight into the unbreakable spirit of the Kiwis.