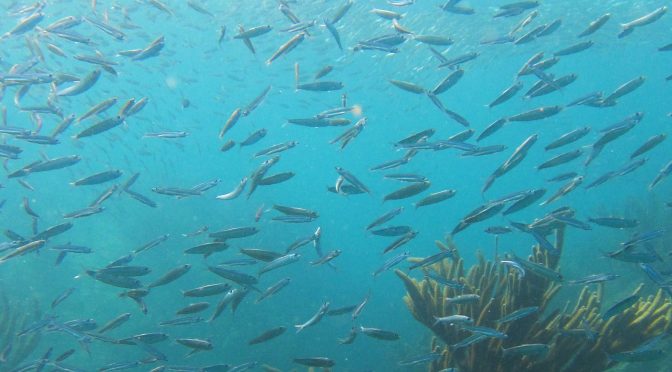 Almost 10 years had passed since my last dive. How did that happen? How did time fly by so fast while I wasn’t able to log at least a couple of sub-aquatic experiences?

First I didn’t have the funds. When I had overcome this prime obstacle, the opportunity didn’t present itself. I’m a spoiled diver and will prefer a well-tempered ocean with 1A visibility teeming with marine life to single-digit temperatures in a dark lake any time. Also, I do not possess any equipment save for mask-snorkel-fins so I will have to hire everything every time I go. And I don’t have a dive buddy.

5 years ago when Mr A and I went on our first bigger trip to Thailand and Cambodia I was adamant on diving the Similan islands. I hadn’t been able to on my world trip in 2006/07 as I was still recovering from a bad cold. Guess what? Another bad cold struck me on my second visit to Thailand.

After that it just never happened.

I had contacted a base in advance, asking about a refresher day with them and they’d promptly replied. However, when I visited them on location they told me they were shutting down for the next couple of months and wouldn’t be able to have me. When I insisted they did recommend another base right across the road: Tayrona Dive. Since I was already in Taganga I hopped across the street and suddenly the stars aligned in my favour: They were willing to take me.

So, after close to a decade of only the odd snorkel I was finally back in the water, with a tank on my back, a regulator in my mouth and fins on my feet.

We met at 7am on base to get measured for gear, then walked down to the beach where we hopped on a small boat and drove off towards Isla Aguja The sea was relatively calm and we put together our gear during the short ride. I asked our instructor Juan to check it for me and apparently I hadn’t forgotten too much.

Soon our boat stopped in a little cove to let the three of us plus Juan off. I was getting nervous (the good way) and glad to be the first in the water. The others quickly followed and we went down…

It only took a few moments for the unfamiliar to become familiar again. When we were back up the first thing Juan said to me was

“You looked really comfortable in the water”

It may take another couple of dives to get to where I was 10 years ago but I was amazed by how quickly I got back into that familiar feeling of weightlessness and how tremendously I enjoyed those two dives with Dive Taganga. The dives themselves were perfectly relaxed. Not especially memorable but just perfect for reacquainting myself. The visibility was fine and Juan really took it easy with us, hovering around an estimated max depth of 10 m during both dives, keeping his eyes on the three of us, pointing out marine life we may otherwise have missed. It was hard not to spot the ubiquitous parrot fish but I may not have seen the spotted moray eel in its little cave or the purple feelers of something shrimp-like that hid between stones.

When I spotted a stonefish by myself and later a lionfish before Juan saw them I knew I was back on – one has to feel perfectly comfortable with the overall sub-surface situation to be able to see such things for oneself.

Just like every time – and no matter how warm the water – I started getting chilly about 30 minutes into dive 1 and maybe 25 minutes into dive 2. However, I was far from being miserably cold (hard even for me in 28 degree water) so I was able to sit it out until the guys ran out of air. I surfaced with so much air in my tank that I wasn’t sure I had breathed at all. Luckily, there was a video to prove that I did.

Chilly or not, the two dives were over much too soon and I regretted not being able to return the next day for some more aquatic action. It definitely won’t be another decade until my next dives – hopefully on our 2017 honeymoon in Australia!

A big thank you to Juan and Muneco from Dive Taganga who gave me such a special re-introduction to one of my favourite things to do in the world! You rock!

They also made an amazing video <3

*** All underwater photos by Juan from Tayrona Dive. Thank you for allowing me to use them ***