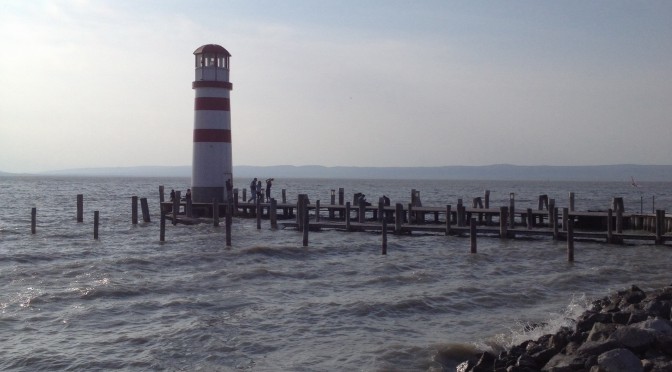 I feel very fortunate that travelling has always been a part of my life. When I was as young as 3 years old, my parents would pack me (and a lot of other stuff) into the family car and drive to Northern Italy, where I could play in the sand for a week, get sunburned (which was not such a big issue in the mid-80ies) and lose the upper part of my left thumb when I didn’t listen to Mum (which – if only this time – I really should have).

After my brother was born – we would continue our trips to Italy, where we would live in an apartment park and regularly meet friends of my parents’ whose children were roughly the same age as my brother and I. Each time, we would spend one day in Venice, where I was the happiest child in the world whenever I was allowed to feed the pigeons (a thought that makes me cringe now, for more than one reason).

As we grew older, my parents bought a tent trailer to be more flexible and we travelled to the French Atlantic coast via Paris (hello Eurodisney!) and all the way down to Apulia in South-Eastern Italy via Rome. One year, Mum and Dad thought it wise to rent a motorhome to once more travel around Italy (Tuscany – Pisa, Siena, Florence), then via Switzerland back into Austria (Bregenz, Bodensee, Salzburg, Krimmler Waterfalls, Großglockner High Alpine Road). My brother and I ended up being not too happy about it, which is an extremely euphemistic way of downplaying the actual drama of those three-ish weeks.

In and between were shorter summer (read: beach) trips to Turkey (my first flight when I was 10 years old), Greece (5 hours on a propeller-plane – after half a day delay – because apparently someone had “forgotten” our flight existed), more Turkey. “Beach” never actually meant beach only. We’d always take dolmuz-taxis to see the nearest towns such as Antalya or Izmir or take day trips to excavation sites like Ephesos which I loved. Still do.

Also, Mum and I did the typical Cairo + safari on the Nile-trip to Egypt and in another year all 4 of us spent 10 days in Jordan.

Over the years, my parents have become avid travellers and won’t cease to do so. Mostly together, at times apart, they are exploring their dream destinations. While Mum is pulled towards Tibet/ Nepal/ Northern India, Dad will usually want to go anywhere mountainous. They have been to Asia, South America and Northern Africa as well as travelled and hiked extensively all over Europe.

Since Dad retired, he has been away even more often. Which is ok – as long as he writes postcards and at some point comes back 😉 At this moment, Mum is still jealous of his freedom while she has to get up in the morning and go to work, but in a couple of months only she will be able to accompany him – totally independent of school holidays which they as teachers always had to adhere to.

I can’t wait for them to keep on exploring and for all their wonderful stories and photos they’ll bring home! And try to keep up by sending them postcards from the gorgeous place I visit.

How about you? Do you also feel an inner need to get out of your usual surroundings every now and then? Do you enjoy taking off by yourself or prefer having someone with you?

2 thoughts on “Alicioustravels: How the bug was planted”