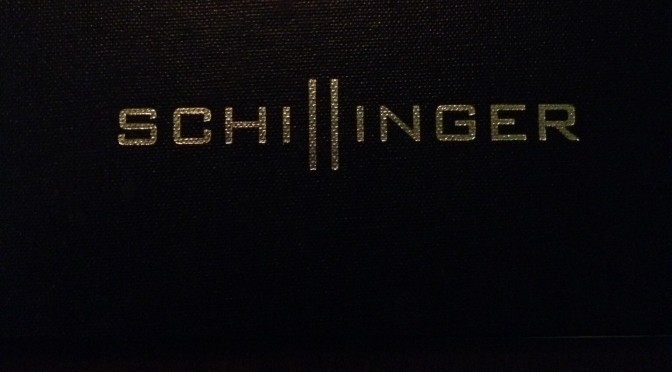 One of the first restaurants I heard vegans rave about was Schillinger in Großmugl, a little village halfway between Vienna and the Czech border.

Since Großmugl is a fair way from the city and only accessible by car, it took me over a year to finally get there myself and form an opinion. As usual, I was overly critical – if everyone says it’s awesome it can’t be really…or can it?

The owners have been vegan for years and recently enriched Vegan Vienna with the opening of Swing Kitchen, an all-vegan burger joint.

The actual house has been in the family – as a restaurant! – since 1793. It looks like a typical Austrian Gasthaus from outside and the impression doesn’t change upon entering, except for the lack of cigarette stink as smoking is thankfully not allowed in this restaurant.

Mr A had scored us a table for last Sunday for a dinner at Schillinger – and scored is the apt word since the restaurant is booked out most weekends (they show the days they don’t have any availability on their website). When we arrived, the parking lot was full but since the restaurant is located in a little village, there was ample opportunity to park on the side of the road.

We were shown to our table right next to the bar and immediately received the menu. Feeling we should sample as much as we could, Mr A and I chose the following: pancake soup (Fritattensuppe) for starters, for mains he had a cordon bleu (schnitzel filled with ham and cheese) while I had a mixed grill platter and then there were tiramisu and nougat dumplings for dessert. And I took a chocolate-punch cake for the next day.

All waiters were exceptionally friendly and really seemed to enjoy their work. I love it when the don’t wear a professional smile but an honest-looking one.

Now, those are mere descriptions, words. How was the food?

It was great. Not exactly healthy, not exactly natural. But great. The soup tasted just like it used to when it contained beef and the pancakes were made with eggs. My grill platter had a smoked sausage (the first not-disgusting vegan sausage I’ve eaten so far), schnitzel (ok), a skewer with veggies, tofu and something else delicious, cevapcici, onion rings, garlic sauce tartare and chips. All those fried things on my plate! There was krautsalad as well – a fresh contrast to so much fake meat.

Mr A wasn’t as excited about his cordon bleu as I was about my main course– the taste of the vegan cheese (Wilmersburger?) was slightly overpowering and not cheesy at all. However, he loved his fried potatotes and the colourful salad and since he’d had most of the soup and there was to be dessert he didn’t overly mind.

Dessert wasn’t exactly necessary as we were both quite full after our mains. Dessert, however, is always the right choice and was definitely not to be omitted. Mr A’s nougat dumplings were soft and sweet and sublime, my tiramisu was supple and velvety and just divine.

Still, I had to take a piece of cake with me “for the road” and enjoyed the supple chocolate-punch creation the following evening spoonful by spoonful.

We will definitely be returning soon – and hungry.

Have you been to Schillinger? How did you like it? I’m looking forward to reading all about it in the comments below.

4 thoughts on “Aliciouslyvegan: Dinner at Schillinger”