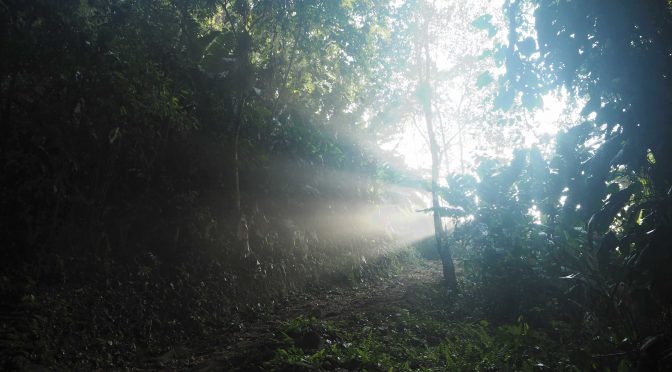 I originally wrote this post in mid-January but didn’t get to post it for – wait for it – lack of a picture. This is the main reason I haven’t been blogging lately: Because I can’t be bothered with photos. And each article needs at least one cover picture and a few more photos as you scroll down, right?

I’ve decided I’ll do what I always do: My own thing. If I don’t have a photo that fits my article and can’t be bothered taking one, there simply won’t be one.

I’m not going to put off sharing my thoughts, travel advise and recipes any longer for wont of the perfect picture to go with it.

NB: Since I wrote below post my emotions have ebbed out somewhat. I’m a lot less desperate as I was – and not only looking forward to our honeymoon in Australia (145 days!!!) but also to another trip (which I’m going to talk about soon) in the nearer future.

Everything happens for a reason. I’m fiercely confident that this is true. Only, sometimes it’s really hard to find that reason (let alone accept and eventually like it).

In early January, a decision was finalised. It had been made weeks ago but then more – fruitless – discussions followed. Discussions that drained me out and left me empty. Because there simply was no solution that would be acceptable to me.

Finally it was decided: I will not be able to fulfil what right now is my biggest dream.

I realise that my current sadness is purely a “first world problem”. It’s not life-threatening and I will still be able to eat, have a roof over my head, and a job that guarantees social security and a steady income. We have our honeymoon ahead and then realistically think about increasing our family.

I’d had this goal in front of me for so long. For most of this time it had been out of reach and unrealistic to realise but over the last couple of months it felt like the figurative carrot dangling in front of my face. So close – and in the end too far away.

Fear. Fear of an incalculable risk.

There is no way to argue against fear. No matter how trivial one person thinks it is – for the other person it is oh-too-real. Some fears can be overcome, others cannot.

I guess that’s the downside of being in a relationship. What may be one person’s biggest dream can at the same time be simply not at all on the other person’s agenda – and on that agenda may not at all be room for that dream.

Where compromise is not an option – and in this case it wasn’t – there is only yes or no.

And no it was.

Right now, I’d prefer to stay in bed all day sulking, dreaming of what is not to come. So maybe the reality check of having to get up at an ungodly hour 5 days a week, having to dress somewhat nicely and dragging myself to the office isn’t too bad.

Everything else will fall back into place eventually.

…because everything happens for a reason, right?

As I said in the beginning, things have started to fall back into place even though I haven’t quite found the reason behind it all. But it’s ok. In some way.

And I found a photo 🙂

Aliciouslife: Give blood, save lives